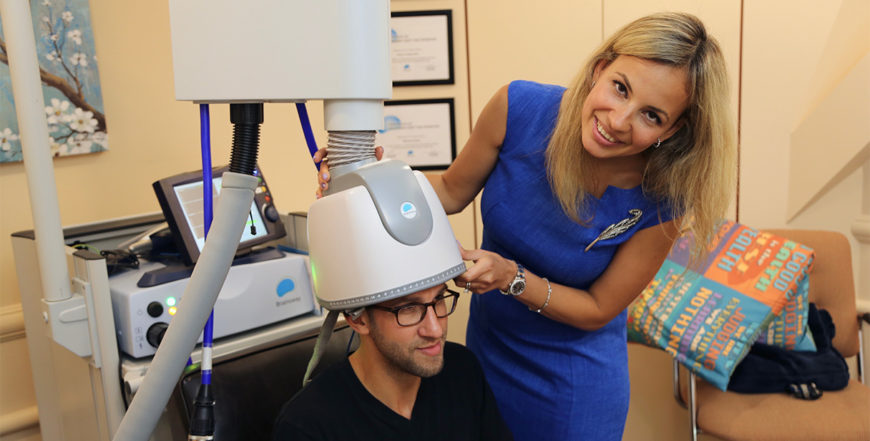 Brainsway has begun a new era in depression treatment, with a safe, effective drug-free solution which can restore well-being for patients. Brainsway’s Deep TMS, or Transcranial Magnetic Stimulation, is a non-invasive depression treatment which stimulates the brain region associated with depression and results in significant improvement.

Brainsway Deep TMS Therapy is a safe, effective and proven non-drug treatment for depression, from severe to persistent depression.

Depression often seems like a bleak cycle from which there is no escape. Traditional depression treatments, such as antidepressants or ECT, often heighten the despair by failing to provide an adequate solution for many patients, due to various disadvantages such as low efficacy, severe side effects, anesthesia and hospitalization.

TMS has been shown to be effective in the treatment of depression, including treatment-resistant depression. It may help a range of other conditions: PTSD, OCD and anxiety. Insurance coverage for TMS is variable. We will submit documentation of your TMS treatment to your insurance company in an attempt to obtain reimbursement. BrainsWay OCD – a noninvasive, innovative treatment – is transforming the lives of OCD patients. It offers an effective, safe and non-invasive treatment that uses Deep Transcranial Magnetic Stimulation to treat OCD. The treatment performs magnetic stimulation of frontal brain structures and networks, targeting previously unreachable areas of the brain with its proprietary H7-coil, allowing it to effectively treat OCD. BrainsWay OCD has many advantages over other treatment options, as it is an outpatient procedure that is generally well tolerated and has no systemic side effects.